What do I mean when I say that we are scared to death of controlling CO2?

Consider the continued construction of conventional coal-fired power plants, which spew 2-3 times as much CO2 skyward per kilowatt-hour of electricity produced than a natural gas fired generator. Despite that, coal remains popular with utilities because the cost of cleaner-burning gas has gone through the roof. 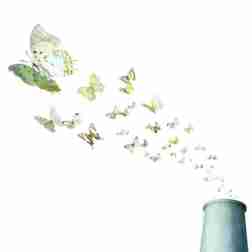 But we should be having our cake and eating it too, because the added cost of capturing and burying the CO2 from a coal-fired power plant is negligible relative to the benefit.

According to the latest numbers from the U.S. Department of Energy’s National Energy Technology Lab, building and running the equipment needed to capture CO2 from a coal-fired generator would add about 2.2 cents per kilowatt-hour of electricity delivered (increasing the cost of coal power from a new plant from 4.98 cents/kWh to 7.2 cents/kWh). That includes: the cost of building and operating Integrated Gasification Combined Cycle (or IGCC) power plants, which excel at capturing CO2; transporting CO2 to a site where it can be sequestered deep underground; and monitoring the buried CO2 for 100 years

For context, consider that the average price of electricity in the U.S. was 10.04 cents/kWh in the U.S. according to the latest federal stats, and in many places like California and New England average power costs exceed 14 cents/kWh. That means coal plants with carbon capture would still cost half what many American routinely pay for electricity.

Some major utilities such as AEP say they are ready to embrace IGCC technology and carbon capture, but they won’t make the switch until the public demands the extra investment.

For details on the DOE study, download the March 2007 presentation by NETL’s Jared Ciferno: Carbon Capture – Comparison of Cost & Performance for Gasification and Combustion-Based Plants. For more on the potential of coal gasification, check out my recent feature story for MIT Technology Review magazine — “China’s Energy Future” — on gasification’s extensive and growing use in China.

Up next: Why the Clean Air Act, which stipulates that utilities must use the best pollution control technology available, is not delivering when it comes to new coal plants. (Or for the policy wonks out there: IGCC’s struggle to get BACT)