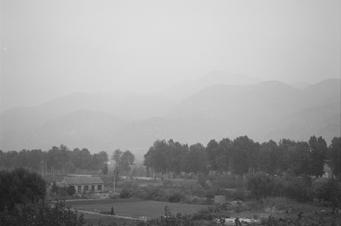 China’s dramatic jump into wind power installations and manufacturing provides a glimmer of hope amidst what is otherwise a terribly polluted picture of unsustainable environmental devestation driven largely by coal-fired power generation. But just a glimmer.

Cambridge, MA-based consulting firm Emerging Energy Research affirmed the wind sector growth last week, issuing an analysis that puts China on track to hit 135,000-megawatt of wind capacity in 2020; EER expects China to lead the world in annual wind installations by 2011. EER’s 135-gigawatt prediction for 2020 marks a big jump up from the already optimistic prediction by Chinese Wind Energy Association secretary general Haiyan Qin that closed our May 2008 reporting on China’s wind sector — namely that his members would have no trouble doubling the official 30 GW national goal for 2020.

And still the wind sector remains dwarfed by the heft and growth of China’s coal-fired power sector. In 2006 alone, China commissioned 102 GW of new coal-fired power stations, a power bloc that exceeds the United Kingdom’s entire electric power system. In other words it will likely take a decade of world-leading growth in wind power installations before China’s total installed base of wind turbines can put out more power than the coal plants it added in 2006.

Factor in the intermittent output from the wind turbines and the comparison looks that much more lopsided (averaged out over a year, wind turbines produce at their peak capacity only 30% of the time). The result is toxic air that probably kills upwards of a million people per year in China, and is a leading contributor to global greenhouse gas emissions.

Cleaning up the coal-fired plants provides a more likely handle for cutting the local air pollution. According to a survey of coal plant operators issued by MIT’s China Energy Project in August — Greener Plants, Grayer Skies? — China’s coal-fired power plants have the means to capture acid rain and smog forming pollutans, as well as particulates. The authors determined that most of the new plants being added in China employ decent technology, including pollution controls. The problem, they conclude, is that these controls aren’t turned on.

Why break the law and leave pollution-trapping scrubbers and baghouses lying dormant? They consume energy, which cuts into revenues, and China’s inadequate environmental enforcement is incapable of enforcing compliance.

Could Beijing’s extension of controls on auto traffic post-Olympics signal the new ethic of environmental protection needed to activate those scrubbers and start detoxifying China’s air? One that could even, some day, include carbon capture to start trimming China’s world-leading greenhouse gas emissions? Those may sound like terribly hopeful notes, but they’re at least as realistic as relying on wind power to do the job.