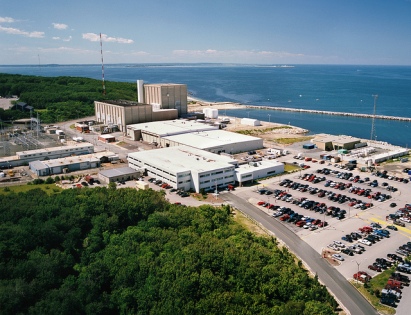 An independent panel “rejected” the subsidies proposed this fall by Trump Energy Secretary Rick Perry, according to the New York Times. But as Cleveland’s Plain Dealer notes, the Federal Energy Regulatory Commission’s move may be more of a delay than a rejection.

Perry has argued that large coal piles and uranium fuel rods made them less vulnerable to fuel supply disruptions during extreme events than cheaper natural gas and renewable generation. Nuclear and coal interests predicted that Winter Storm Gregory would strengthen Perry’s case. As a spokeswoman for coal and nuclear plant operator FirstEnergy told The Hill, the extreme cold gripping the U.S. illustrated, “exactly why we need a rule to ensure that these units stay in operation.”

Instead, the shutdown of New England’s Pilgrim nuclear plant last week served as a reminder that nuclear and coal generators harbor their own particular vulnerabilities. What up-ended Pilgrim was nuclear power’s sensitivity to storm-related power line outages. Whereas most generators need just one transmission line to offload their power to a grid, nuclear plants require redundant grid connections to reduce the risk of a core meltdown such as Japan’s 2011 Fukushima Daiichi nuclear disaster.

“A nuclear plant is dependent upon grid support to provide cooling. They must be more concerned with their own safety than they are in supporting a grid,” said Brendan Kirby, an independent expert in power grid integration and a former DOE researcher who has studied nuclear plant reliability.

Patrick O’Brien, a spokesperson for New Orleans-based utility Entergy, confirmed that Pilgrim’s operators initiated a manual shutdown of the plant after Gregory knocked one of its dual grid connections offline. “If we lost the second line it would complicate us being able to shut down,” said O’Brien.

Many energy experts see Perry’s grid resilience argument are a smokescreen for President’s Trump’s political allegiance to the coal industry, noting that grid reliability has improved in recent years even as dozens of coal and nuclear plants have shut down.

Eric Hittinger, an expert in power technology and policy at the Rochester Institute of Technology, has noted that line outages and blown transformers — not lost generation — cause the vast majority of blackouts.

As Hittinger tweeted last week, “If all generators in the US had 1000 years of fuel on-site *and* never had any forced outages, electricity reliability would have improved by 1%.”