Coffee is best served at 85°C — the same temperature used to accelerate endurance tests for electronics. Mere coincidence? Not if you’re a UCLA scientist developing solar cells using a promising new material. (Or a science journalist dishing up the latest dispatch from a world-leading electronic materials lab.) Taste for yourself at Spectrum …

In the final days of 2018 a 100-megawatt solar thermal generating station capable of running around-the-clock, 365-days-a-year connected to the Northwest China regional power grid. It was a race against time to commission the plant in temperatures as low as -20 celsius—and one that plant designer and builder Beijing Shouhang Resources Saving Co could not afford to lose.

“We must finish on time. Otherwise we may face a heavy financial problem,” says Chen Han, Shouhang’s director for international markets.

Shouhang was racing to beat the Chinese government’s December 31, 2018 deadline to secure a guaranteed price for the plant’s power. The deadline was part of an aggressive demonstration program launched in September 2016 to slash the cost of solar thermal power and catapult Chinese firms to the head of the global pack—much as China did with solar photovoltaics.

Alas, a little more than two years later, China has stumbled on the path to solar thermal supremacy. While Shouhang’s and two more of the program’s 20 approved projects met the deadline, four others were cancelled last year and the remaining 13 projects are in limbo. END_OF_DOCUMENT_TOKEN_TO_BE_REPLACED

Adding energy storage to sites with rooftop solar power generation offers a range of potential benefits. A battery can help smooth out solar’s inherently variable supply of power to the local grid, and even keep buildings powered during blackouts. Consequently, power-conversion innovators are developing a host of new products designed to reduce the cost and improve the efficiency of integrated solar-storage systems.

Some analysts project a boom in the co-location of solar and energy storage. GTM Research, for example, foresees that co-located PV and storage will grow from $42 million in 2014 to more than $1 billion by 2018. However, the market is moving slower than it might thanks to a little-discussed regulatory roadblock in the United States.

According to Vic Shao, CEO for the Santa Clara, California-based energy storage startup Green Charge Networks, tightly integrating storage with photovoltaics in some key states—including Hawaii and California—runs afoul of the “net metering” rules by which PV owners earn lucrative retail rates for the surplus power they feed to the grid. Adding storage can disqualify solar systems for net metering, in which utilities can pay their owners wholesale power rates that are several times lower than retail. “That is obviously a pretty big problem for anybody considering solar. That could kill a lot of projects,” says Shao. END_OF_DOCUMENT_TOKEN_TO_BE_REPLACED 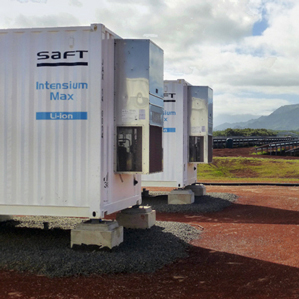 Renewable energy is often intermittent, and that variability presents a variety of challenges to power grids. The nature and magnitude of the challenges depends on the time frame — from fractions of a second to seasonal or even multiyear variations — as well as the nature of the grid itself. The latter is evident in two of my articles from last week looking at how seconds-to-minutes fluctuations in solar power complicate grid controllers’ efforts to maintain alternating current at the 60 hertz frequency and the roughly 110 volt power levels required by North American devices.

Fluctuating AC frequency stars in my Technology Review dispatch from the paradise of Kauai, where the island utility is riding an electrical roller coaster as it pushes solar towards 80 percent of peak power flows END_OF_DOCUMENT_TOKEN_TO_BE_REPLACED

Utilities should be paying more for their customers’ surplus solar power generation according to a solar pricing scheme approved by Minnesota’s Public Utility Commission last month and expected to be finalized in early April. Minnesota’s move marks the first state-level application of the ‘value of solar’ approach, which sets a price by accounting for rooftop solar power’s net benefits, pioneered by the municipal utility in Austin, TX.

Minnesota is one of 43 U.S. states that requires utilities to pay retail rates for surplus solar power that their customers put on the grid. Utilities across the U.S. are fighting such net metering rules, arguing that they fail to compensate the utility for services that their grid provides to the distributed generator. So last year pro-solar activists and politicians in Minnesota called the utilities’ bluff, passing legislation tasking the state’s Department of Commerce with calculating the true value of rooftop solar power. END_OF_DOCUMENT_TOKEN_TO_BE_REPLACED

“Don’t leave the planet to the stupid.” The corporate tag line from German solar module manufacturer Solon SE screams: ‘We reject complacency’ (not to mention gentility). It’s a slap-in-the-face warning to expect the unexpected, so I was looking for something completely different when I visited Solon’s one-year old Berlin headquarters on an architectural tour of Germany last week. I was not to be disappointed. What I found is probably the first cyclic elevator system installed anywhere in decades.

No pressing a button and waiting for a lift with this modern incarnation of a late-19th-C elevator design! In a cyclic elevator a string of passenger cars run by in a continuous loop. One simply steps into one of the open cars scrolling up or down through its adjacent elevator shafts and takes off. To your weary Canadian correspondent, presently immobilized in Berlin by an angry planet, the hassle-free transport offered by Solon’s cyclic lift was a source of almost drunken pleasure.

Unfortunately, it may also be quite stupid (so to speak). END_OF_DOCUMENT_TOKEN_TO_BE_REPLACED

A New York Times article this week concludes that major oil and gas companies are, as the headline roared, “Loath to Follow Obama’s Green Lead.” Such stories bashing Big Oil’s slim investment in renewable energy tend to fall short by failing to consider how renewables intersect with an oil major’s core business, and this one is no exception.

As the Times ably demonstrates, big oil is freezing or cutting investment in renewable energy and doing so from a relatively small base. It notes that Shell, which has frozen spending on wind, solar and hydrogen energy, has invested just $1.7 billion on alternative energy projects since 2004 compared to $87 billion to keep its oil and gas flowing.

That should come as little surprise since Big Oil’s insubstantial and fickle commitment to renewable energy goes back decades. Following the 1973 oil shock, for example, U.S. oil majors of the time such as Mobil and Chevron embraced photovoltaics, only to dump the projects when oil prices crashed and OPEC’s power waned a decade later. British Petroleum’s promise to go “Beyond Petroleum” already looked weak five years ago when it ditched production of next-generation cadmium-telluride thin-film photovoltaics — the technology that Tempe, AZ-based First Solar has since ridden to the top of the world PV market.